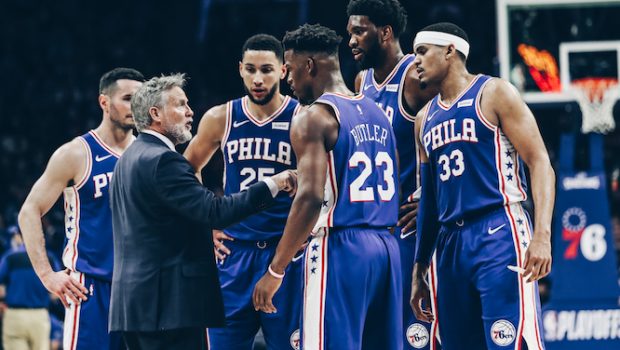 SIXERS WON GAME 2: A FISTFIGHT INSTEAD OF A TRACK MEET!

It’s no secret how the Sixers evened their series Monday night against the Raptors:

Their starters played big minutes and only James Ennis and Greg Munroe made meaningful contributions off the bench.

The Sixers gutted out a series-tying win 94-89, and did so with only one of their stars playing well in a building that has been bad luck for them since 2012.

In the first round of the playoffs, both teams scored fewer than 100 only twice in 36 games.

During the regular season, the worst offensive team in the league, the Memphis Grizzlies, averaged more than 103.

“When you shrink your rotations, it’s naïve for us to think you’re going to play a game like a track meet when it’s a fistfight. It’s a grind the whole game,” Brett Brown, the coach of the Sixers, said after the game.