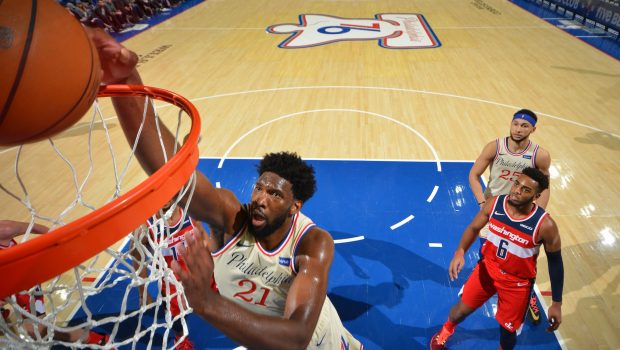 The 76ers were one of the most inconsistent and strangest teams in the regular season, but a late run vaulted them to the No. 3 seed.

Joel Embiid and Ben Simmons were dominant in the first two rounds, sweeping Indiana and then Toronto, to get revenge for last year’s conference semis heartbreaker against the Raptors.

Against all odds, Philly took down Boston in a grueling seven-game Eastern Conference finals to reach the NBA Finals. Ironically enough, the Sixers hit their stride after losing Al Horford for the playoffs because of knee tendinitis. Simmons still never shot a three.

It was a rematch of the 2001 NBA Finals between the 76ers and Lakers. Embiid averaged 28.5 points and 15.2 rebounds heading into the Finals, but would it be enough to stop Anthony Davis and LeBron?

It was. The Sixers took down the Lakers in six games with Embiid being named Finals MVP. LeBron’s return to the Finals after a one-year hiatus was a disaster reminiscent of his performance against Dallas in 2011. James averaged just 20 points in the Finals and had just 18 points off eight shots in the final game. The sports debate shows had content to last all summer.

And Simmons was an NBA champion without taking a three.