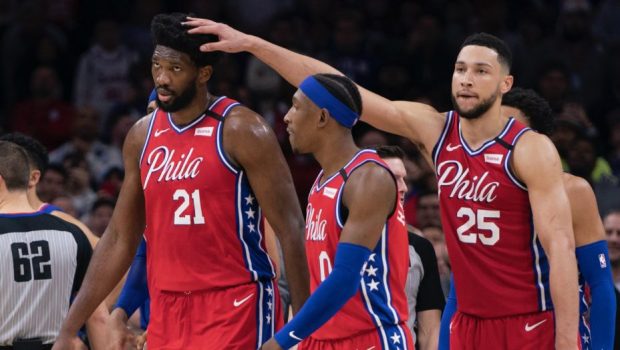 SIXERS WILL GET PAID ON APRIL 1: THE REST IS NEGOTIABLE!

The NBA plans to deliver players full salaries due on April 1, but may try to claw back future salaries for canceled games on April 15, ESPN has reported.

As the coronavirus pandemic paralyzes the NBA and nation, the canceled games and loss of revenue are causing the NBA to leave itself financial flexibility based on the force majeure provision in the collective bargaining agreement.

Force majeure allows for the withholding of 1/92.6 of a player’s seasonal salary per canceled game based upon catastrophic circumstances. The provision encompasses several scenarios including war, natural disasters and epidemics/pandemics. (For the purposes of force majeure, the league considers each team to have played five preseason games, 82 regular-season games and 5.6 playoff games.)

The NBA plans to inform teams and players ahead of the April 15 payment date about the league’s intentions.

Players on a payment schedule of 12 installments that began on Nov. 15 will have been paid 90% of their salary after the April 1 payments, according to ESPN’s Bobby Marks. For the remaining players that chose to be paid over the entire calendar year starting on Nov. 15, a projected 60% of their salary will still be owed.