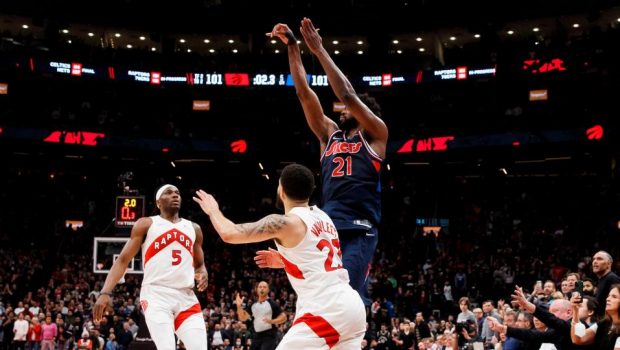 SIXERS WILL CLOSE OUT RAPS TONIGHT, AWFUL REFS OR NOT!

The Sixers had a golden opportunity to end the 1st round playoff series against the Toronto Raptors in four games, but they came up short 110-102.

Thanks to sloppy play and poor shooting, the Sixers, who could have had a week off before the 2nd-round series starts, play a game-5 tonight at the Wells Fargo Center where they’ve beaten the Raptors comfortably in front of the home crowd.

Coach Doc Rivers was less than pleased with the officiating Saturday, saying after the game, “I’m not going to complain, like they do.”

“To me it felt like they had one job to do coming in here tonight, and the got it done”

The Sixers have another chance to close out the series tonight, they are 7.5 favorites versus Toronto in game 5.