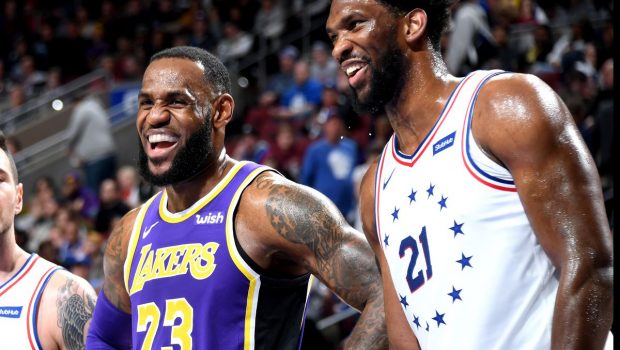 The Sixers host the Lakers tonight at the Wells, and Joel Embiid has raised his game so high that Philly has withstood injuries to Seth Curry,Matisse Thybulle and Danny Green.

VegasInsider.com’s Michael Crosson makes them a 1 1/2-point fave and a projected 115-106 winner with the game on TNT:

Philadelphia has been phenomenal since the holidays though, considering the Sixers boast records of 12-3 SU and 10-5 ATS across their last 15 games – while averaging a lofty 112.8 PPG offensively and surrendering 104.5 PPG defensively during that timeframe.

I’ll lay the points with Philly here, as the Sixers have played excellent recently, highlighted by Doc Rivers’ team sitting at 12-3 SU across their last 15 games, while generating roughly 113 PPG during that span – likely presenting a steep uphill battle for a Lakers squad that’s averaging just 108 PPG across their current 3-5 SU skid.