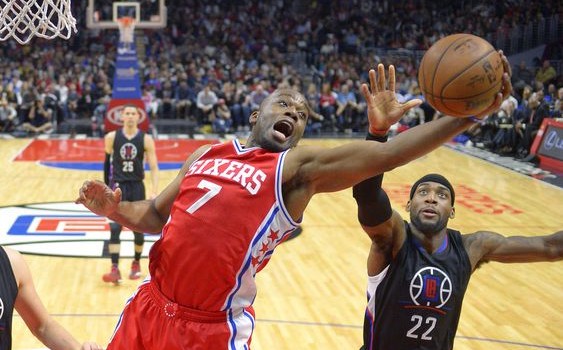 SIXERS WAVE BUH-BYE TO CARL LANDRY AND TIBOR PLEISS (WHO?)

Buh-bye to Carl Landry and Tibor Pleiss, whom the Sixers waived yesterday.

Both players’ salaries will count against the cap for the Sixers (they are still $16 million below the league salary floor).

Once they clear waivers, both players will be unrestricted free agents (Landry (likely will latch on with another team for the league minimum, Pleiss may as well or could head overseas).

Landry (above) will still make $6.5 million (fourth highest on the Sixers) but would have been battling for minutes in crowded and young frontcourt with Ben Simmons, Dario Saric, Nerlens Noel, and Jahlil Okafor (among other potential players, for example the Sixers are high on Anthony Barber).

Pleiss is in the same boat in terms of minutes, he was acquired from the Jazz along with a couple of second round draft picks just a few days back (the Sixers sent Utah Kendall Marshall, who was promptly waived). That trade was really about getting the picks — a very Sam Hinkie move by Bryan Colangelo.