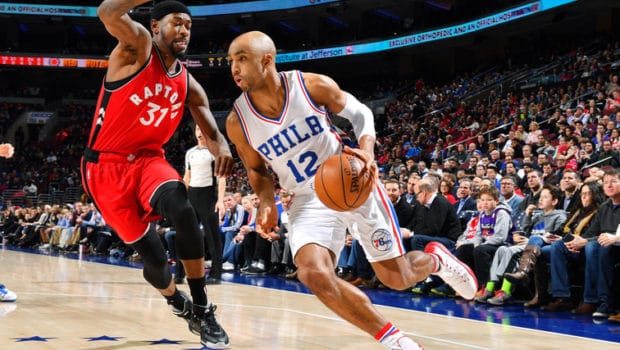 The Sixers have waved buh-bye to guard Gerald Henderson.

Henderson, who graduated from Philly’s Episcopal Academy and Duke, appeared in 72 games (41 starts) with the team in 2016-17. He averaged nine points, three rebounds and two assists in 23 minutes per game while shooting 42 percent from the field, a career-high 35 percent from three-point range and 81 percent from the free-throw line.

Originally selected by Charlotte with the 12th overall pick in the 2009 NBA Draft, Henderson spent his first six seasons with the Bobcats/Hornets. He spent one season in Portland prior to joining the Sixers this past season.

Over eight NBA seasons, he holds averages of 11 points, three rebounds and two assists in 26 minutes per game.