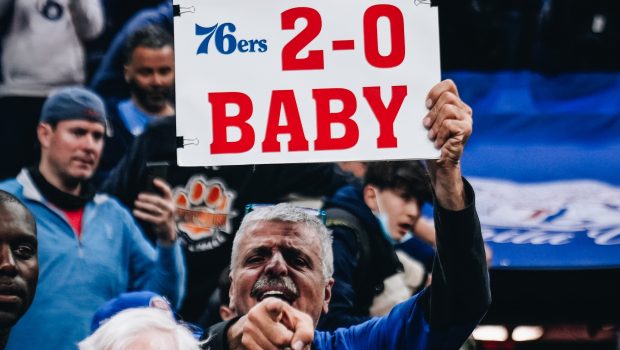 The Sixers won last night to go two games to none up on the Raps.

And the third game is Wednesday night in Toronto.

The Sixers have won 17 straight series when they’ve gone up 2-0, and they’re 29-1 in franchise history in the postseason with a 2-0 lead.

The last time they blew a 2-0 series lead was the 1977 NBA Finals against Portland, when they lost four straight after winning the first two games.