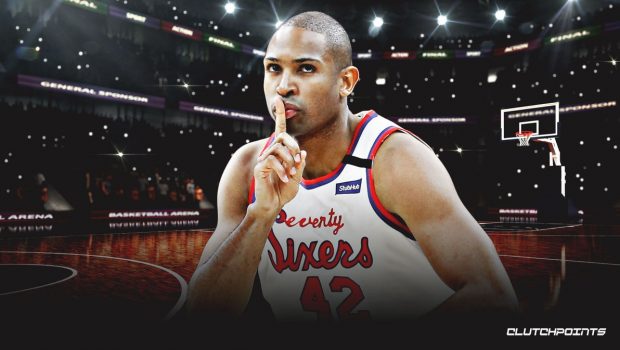 SIXERS DUMP HORFORD AND HIS $97M DEAL TO OKC FOR DANNY GREEN!

The Sixers are trading Al Horford and a lightly-protected 2025 first-round pick and the 34th overall pick in tonight’s NBA draft to the Oklahoma City Thunder for Danny Green, sources told ESPN’s Adrian Wojnarowski

The Thunder are also sending Terrance Ferguson to the Sixers with Green, sources told ESPN.

The Sixers are also sending the rights to Serbian point guard Vasilije Micic to the Thunder, sources told ESPN. Micic, 26, is considered one of Europe’s top point guards.

One thought on “SIXERS DUMP HORFORD AND HIS $97M DEAL TO OKC FOR DANNY GREEN!”