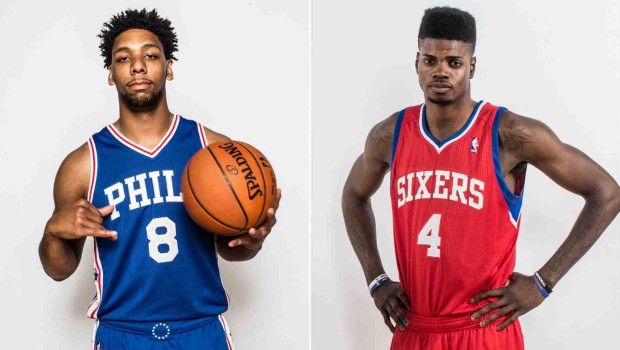 The irony is that the Sixers are rebuilding in the most traditional way. They are growing the program around a foundation of big men. While the NBA game is increasingly dominated by smaller scorers on the wings, it’s as if the go-to strength in Philly has been salvaged from a time capsule. Jahlil Okafor and Nerlens Noel (above), Joel Embiid, Dario Saric — the Sixers’ four most valuable prospects — are all 6-10 or taller. Embiid may (or may not) recover in time to make his debut next year. Saric will come over from Europe next year (or the year after).

For all of the criticisms of the 76ers methods, their program makes ruthless sense. A recent online poll of Sixers fans at philly.com found that 65.3 percent still believe in GM Sam Hinkie’s plan of sacrificing the short-term to the pursuit of long-lasting investments in talent. The only reason Hinkie was able to turn the draft picks of 2013 and ’14 into Noel and Embiid and Saric was because they were not instantly available to play as rookies. The Sixers’ patience gave them access to superior talent. And then last June Okafor fell to them because the Lakers went for a sexier point guard with more star power in D’Angelo Russell.