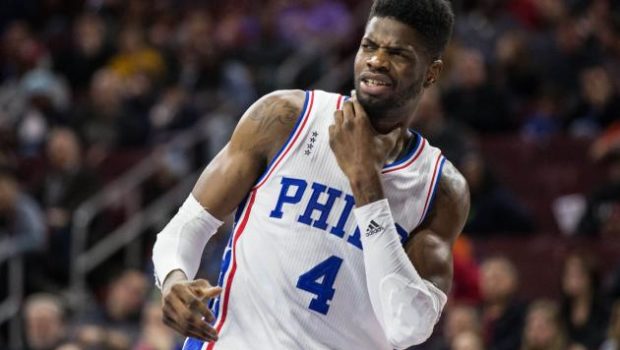 Sixers fans and the lame-ass local media are all a-Twitter about Jo Jo Embiid’s suggestion that the team can make the playoffs, but the real story is:

What will big boss Bryan Colangelo do to ship Nerlens Noel to an unwitting team that doesn’t mind that he is preternaturally opposed to offense!

Keven O’Connor of the Ringer.com has a neat suggestion:

If Bryan Colangelo is finally ready to cash in on Sam Hinkie’s assets, trading for C. J. McCollum would make sense.

Here’s an idea to mull over: The Blazers send McCollum to the Sixers for Noel, the Sixers’ unprotected 2017 first, the Kings’ unprotected 2019 first, and multiple second-round picks. There would be financial kinks to work out because of the poison pill, but that would be the base offer.

If you’re a Blazers fan, your first reaction is probably to click out of this article, but wait! A trade of this magnitude accomplishes two big things: In Noel they would have a young, elite rim protector who fits on both ends, and it would provide Portland general manager Neil Olshey with the flexibility to retool in a way more conducive to title hunting. The Blazers would probably say goodbye to the playoffs — as bad as Lillard and McCollum are together on D, the Blazers are even worse on defense when Lillard is on the floor without McCollum — but that’s kind of the point here. With three first-round picks in a stellar 2017 draft, Olshey would have tons of ammo to put them in the conversation for superstar trades. If they kept those picks, they could find players that are better fits alongside Lillard, like Washington combo-guard Markelle Fultz or Duke forward Jayson Tatum.

It would be a difficult deal for Philly to make, but McCollum is exactly what the Sixers should look for to pair with Ben Simmons, who will be the de facto point guard, anyway. McCollum is an outstanding shooter, hitting over 40 percent of his spot-up 3s for four consecutive seasons, per SportVU. When the ball is in his hands, his fast-twitch movements allow him to create space for his lethal pull-up jumper. Plus, when Lillard is out, he’s capable of much more as a lead creator. In 11 games without Lillard, McCollum averages 28.4 points, 5.6 assists, and 4.9 rebounds, which are pretty rare numbers (via StatMuse).

A core of McCollum, Embiid, Simmons, and Dario Saric would set them up for a long run of potential success with four dynamic players all 25 or younger. With cap space and assets, Philadelphia would soon become a free-agent destination, too. Transactions involving stars are always the most difficult to make, but sometimes they can be the right one. 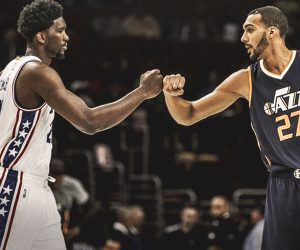 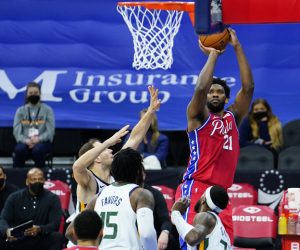 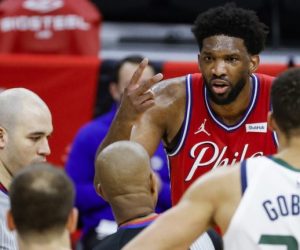