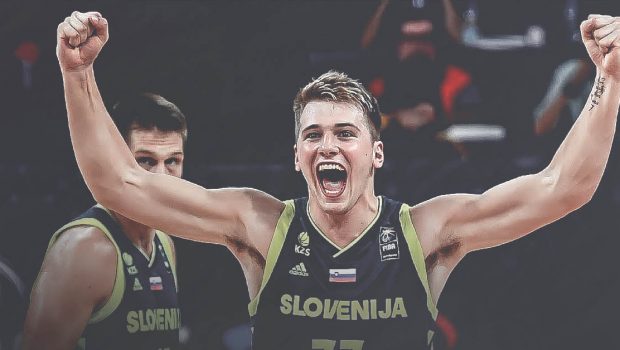 FANTASIZING ABOUT THE SIXERS TRADING UP FOR LUKA DONCIC!

So writes the Ringer.com’s Danny Chau:

For the past month, I’ve been fixated on the idea of Luka Doncic in Philly and what that would look like. I think it’d be a mutually beneficial union:

A rapidly accelerating playoff team acquires a young talent with the presence of a steely veteran.

His shooting numbers aren’t particularly encouraging (he shot 30.7 percent from 3 across all leagues this season), but his form is mechanically sound, and arguably more importantly, he has full confidence in it. There is no situation in which he isn’t comfortable letting the 3-ball fly: on spot-ups, off screens, in isolations on the stepback, on pull-ups in transition. His vision and penchant for mind-bending passes, à la Ben Simmons, makes him an ideal fit in Brett Brown’s pass-happy system. Even the defensive issues that arise from Doncic’s lack of athleticism would be smoothed out on the Sixers, where he’d play alongside two unique defenders in Simmons and Joel Embiid. His size alone allows him to narrow the gaps in space. Everything else can be funneled to one of the league’s most imposing forces around the rim.

I don’t doubt Doncic’s fit with the team, but I have some trouble figuring out how the Sixers would make a trade work. Obviously the Sixers’ upcoming no. 10 pick would be involved, but what else? Would they include Markelle Fultz, or would that signal a premature loss of faith? Would their endless assortment of second-round picks be enough to sweeten the deal for one of the teams in the top five? I’m not sure how the Sixers pull it off, but they need to do something to keep up with a Celtics squad that will look more frightening by the day with Irving and Hayward back. Acquiring Doncic would help; adding Paul George into that mix would be the cherry on top.