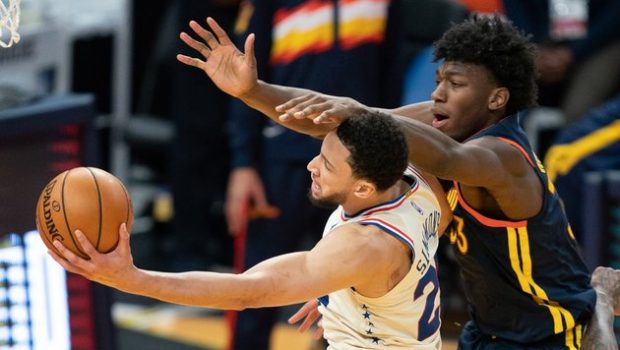 SIXERS TRADE PRICE FOR BEN SIMMONS IS TOO HIGH FOR THE DUBS!

The Sixers price is too high, since they expect an All-Star in return.

The Warriors have returning All-Stars in Stephen Curry, Klay Thompson and Draymond Green, but they aren’t interested in breaking up that core, according to the Chronicle.

The question for the Warriors will continue to be health, especially with all three veterans in their 30s. Green, 31, has been relatively durable throughout his career, but Thompson, 31, hasn’t suited up since 2018-19, when he suffered a torn ACL in the NBA Finals. He tore his right Achilles tendon in November 2020.

The Warriors, 39-33 last season, have two lottery picks in the upcoming 2021 NBA Draft.