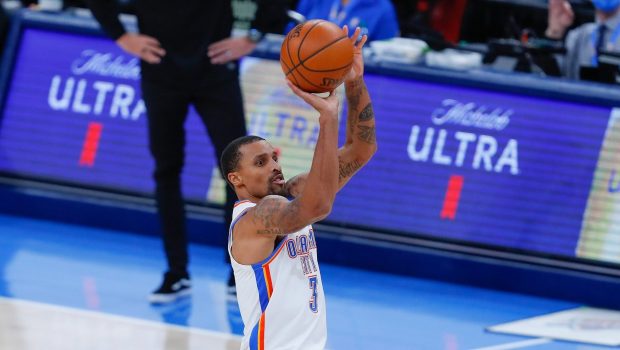 SIXERS TRADE FOR GEORGE HILL, IGNAS BRAZDEIKIS GRADES OUT AS B+!

Says Zach Harper of The Athletic:

Hill can definitely help the team, and he gives them a veteran, steady hand at the point guard position who can defend a little still and knock down 3-pointers.

He’s the type of guard Daryl Morey would love to have.

However, this isn’t acquiring Kyle Lowry at the deadline, and it leaves many people scratching their heads a bit.

The Sixers want to make sure they have versatility in the playoffs and are not just locked into Ben Simmons as the primary playmaker on the roster.

Being able to throw multiple guys on the court who can initiate the offense and maximize how much Joel Embiid can do as the focal point is key.

Hill has important playoff experience as a weapon here. He hasn’t been this lights out, “I’ll turn you into a contender outright” type of guard in the playoffs. But he’s been a valuable member of five different playoff teams in San Antonio, Utah, Cleveland, Indiana and Milwaukee. He has a career 58.0 percent true shooting in the playoffs, and he rarely turns the ball over, although last playoffs with the Bucks was rough for him against Miami when it came to taking care of the basketball.

Ignas Brazdeikis gives the Sixers a young wing to throw into the G League and see if he can develop a jumper. The Sixers gave up three second-round picks in this trade, which seems like something Morey wouldn’t normally do. But overall, it’s a solid deal for the Sixers and their guard depth.