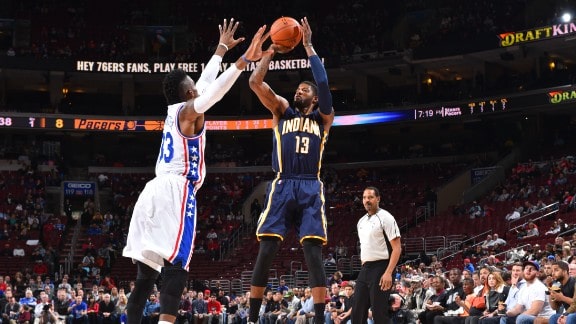 According to Zach Lowe of ESPN, the Sixers had some trade discussion with the Indiana Pacers about 6-9 star Paul George:

The Pacers engaged at least the Celtics, Suns, Sixers and Nuggets in trade talks for George at the deadline, though they never appeared serious about moving him, per league sources.

The Pacers know they are on the clock with their star heading for free agency in the summer of 2018.