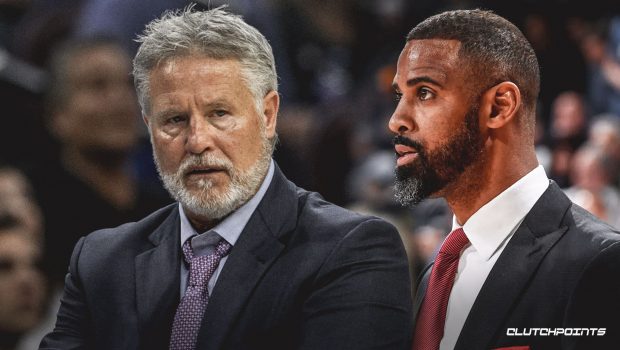 As the Sixers prepare to re-start the 2020-21 season in Orlando, there’s buzz about one of their assistant coaches.

Ime Udoka of the 76ers, Pat Delany of the Magic and Chris Fleming of the Bulls, according to The Athletic and ESPN.

The 42-year-old Udoka spent seven years as an assistant with the Spurs before joining Brett Brown’s staff last year as the team’s top assistant. An NBA player for parts of seven seasons, he interviewed for the Cavaliers job that went to John Beilein last year and is said to be a candidate if the Bulls move on from Jim Boylen. Udoka played for the Knicks briefly, appearing in eight games during the 2005-06 season.

“Great guy, very knowledgeable. He has that Spurs pedigree,” a source familiar with Udoka who confirmed the Knicks’ plan to interview him told the New York Post. “He can walk in the room and command the room.”