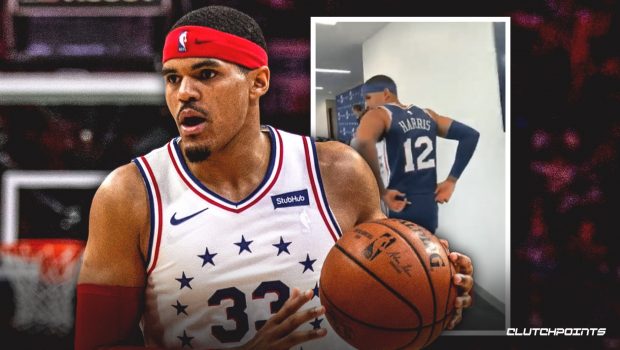 SIXERS TOBIAS HARRIS WILL WEAR 12 TO HONOR HIS CHILDHOOD CHUM

Tobias Harris wore 12 for three seasons while playing with the Orlando Magic.

The Athletic’s Michael Lee explained the reasons behind Harris switching back to his old number:

“Tobias Harris going back to the No. 12 (which is available with TJ McConnell in IND) he wore in HS, at Tennessee and Orlando to honor his late friend and former AAU teammate, Morgan Childs, who died of leukemia at age 16. Childs wore No. 12.”

He recently signed a five-year, $180 million deal that ensures that he will be in Philly for the foreseeable future. Harris will look to make sure that he is worth every penny of that large contract as the Sixers attempt to make another run at the championship trophy. Between Harris, Joel Embiid, Ben Simmons, and new addition Al Horford, they certainly have the personnel to do it.