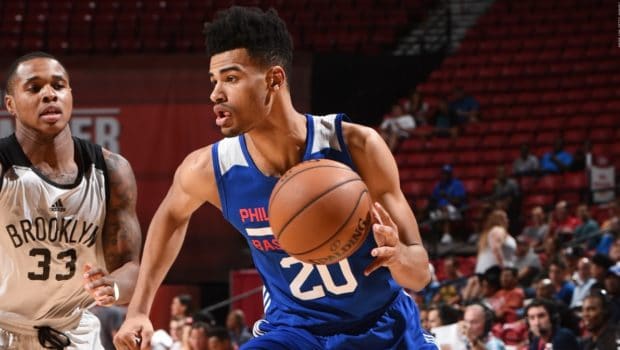 The Sixers finally seem ready to reap the full rewards of “The Process” with Ben Simmons arriving on draft night, Joel Embiid getting healthy and Dario Saric coming stateside.

But even that can’t cover up the glaring holes across their wings, vacancies that could make No. 24 pick Timothe Luwawu-Cabarrot a sneaky-good candidate to snag a starting spot.

The 21-year-old French swingman is coming off a breakout season for Mega Leks of the Adriatic League.

But if the prospect proves a quick learner, there are few roadblocks to the big-league rotation. His ceiling sits higher than Nik Stauskas’ and his development should trump the production of veterans Jerryd Bayless and Gerald Henderson.