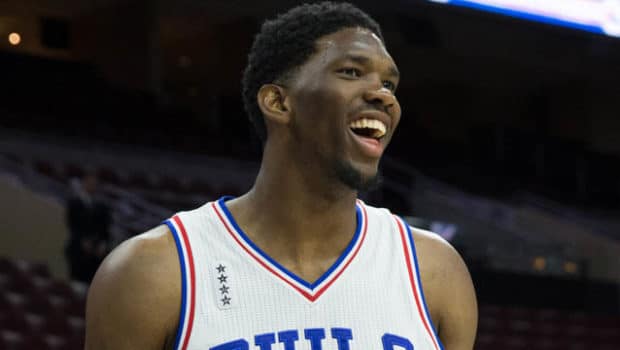 Sixers training camp is right around the corner, and Joel Embiid’s contract extension is the talk of the NBA

According to a report by Steve Kyler of Basketball Insiders, the Sixers may offer Embiid an extension similar to the four-year, $100 million one Giannis Antetokounmpo got from the Milwaukee Bucks last year:

League sources said recently there’s a growing sense the 76ers would indeed extend Embiid and that a deal structured something like Antetokounmpo’s four-year $100 million pact would make sense given the injury history. The problem with getting a deal done at less than max is that many in Embiid’s world believe he could get a max offer in restricted free agency next year, especially if he plays at the level he did for 31 games last season.

Kyler also notes that Embiid is eligible for a five-year max or up to $117 million over four years, so talks of an extension (something the Sixers have been vocal about their desire for) will be worth monitoring closely between now and the October 31 deadline.