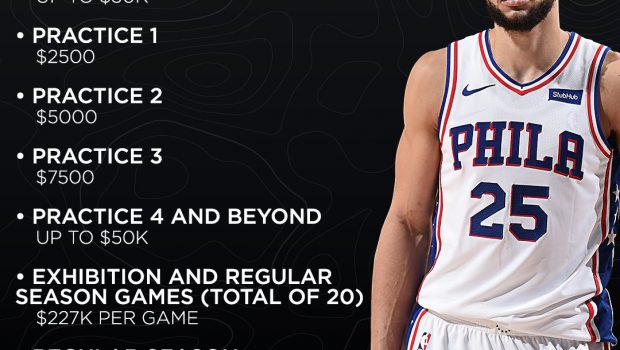 SIXERS SUMMIT WITH SIMMONS TODAY — WILL HE EVEN SHOW UP?

ESPN’s Adrian Wojnarowski is reporting that Ben Simmons left the team’s practice facility without without working out yesterday and is expected to meet with organizational leadership this morning to again discuss his murky playing status.

Simmons described discomfort in his back to Sixers staff on Thursday morning and underwent brief treatment before the medical staff cleared him to work out — only to leave without doing any on-court activity, sources said.

Simmons, a three-time All-Star who requested a trade four months ago, has left little mystery to Sixers officials and the rest of the league about his desire to never play another game for the franchise. Philadelphia wants him in the lineup and playing as it searches out a trade, or plans to continue to levy significant fines on Simmons for missing games and violating team policies, sources said.