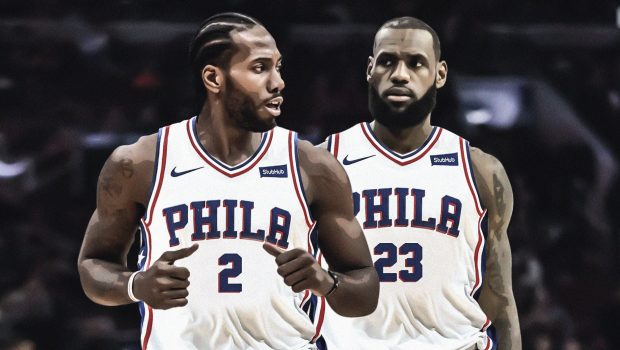 SIXERS STILL IN THE KAWHI HUNT AFTER SPURS NIX LAKERS!

The Lakers contacted the Spurs after Kawhi Leonard’s public trade request last week but immediately felt the Spurs had no intention of engaging in any dialogue, sources close to the situation told ESPN.

As one Lakers source put it, “They basically shut the door on us.”

Leonard has expressed a preference to be traded to Los Angeles, specifically the Lakers.

However when the Lakers called to express interest in Leonard, they were given the distinct impression the Spurs had no interest in doing business with them, according to sources.

Leonard, a two-time first-team All-NBA player, is eligible to sign a five-year, $219 million super maximum contract with the Spurs this summer.