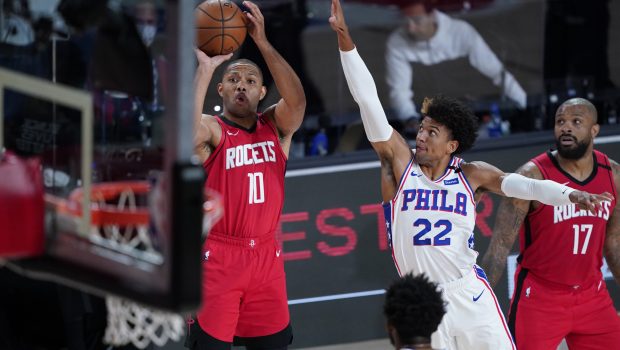 SIXERS STILL HAVE A SHOT AT BAGGING ROCKETS ERIC GORDON!

Which means that Sixers big boss Daryl Morey still has a shot ay bagging him.

With Houston amid a full-on rebuild, Gordon’s career timeline doesn’t exactly line up with that of most of his teammates.

However, while his name has come up in offseason trade rumors, the veteran guard remains in Houston.

And given how young the Rockets’ starting lineup is likely to be, it would make sense for Gordon to occupy the starting small forward role if he is not traded. Limited to 57 games last season, Gordon ranked well outside the top 200 in 9-cat formats. Starting alongside Kevin Porter Jr. and Jalen Green would boost his value, as Gordon would fill that 3-and-D wing.