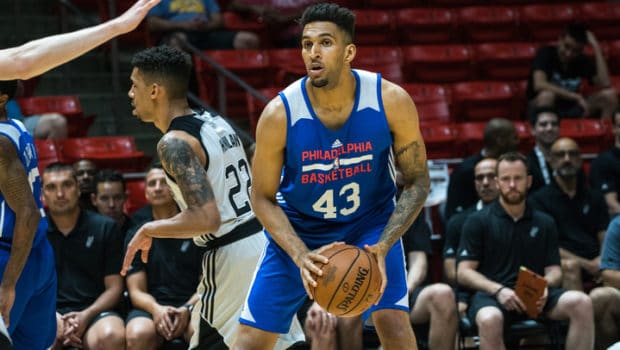 The Sixers are stashing another draft pick oversees.

Jonah Bolden, whom they took at No. 36 in last month’s NBA draft, signed a three-year contract with Maccabi Tel Aviv, the team announced.

The deal contained NBA outs and the 76ers helped facilitate his move from his previous team, Red Star in Serbia.

The athletic stretch four can also continue developing his burgeoning perimeter skills, which he showcased in the Vegas Summer League.