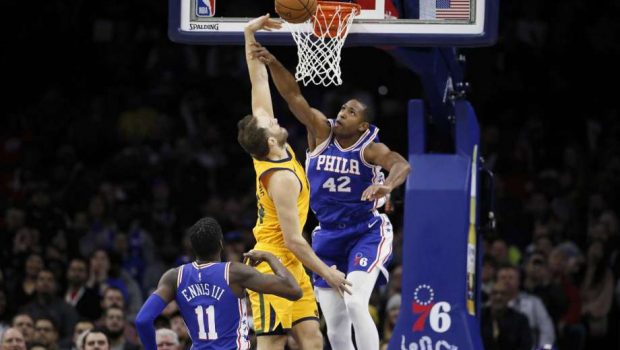 SIXERS STARTING LINE-UP SHAKE-UP: ‘IT’S ALL ON THE TABLE’!

Sixers coach Brett Brown was asked Friday night about changes made to the starting lineup.

Lineups with Joel Embiid, Ben Simmons and Horford have a minus-0.1 net rating in 410 minutes. During those minutes, Horford is shooting just 37.5 percent and 26.5 percent from 3.

The Sixers went into halftime with a 58-44 lead, but they came out with rookie Matisse Thybulle starting the second half and no sight of Embiid.

A few minutes later, word arrived that Embiid had a stiff neck and was unavailable to return.