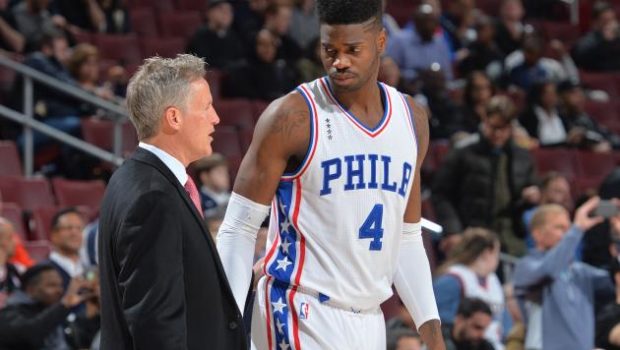 The Sixers open the 2016-17 season tonight at the Wells against the Oklahoma City Thunder, an intriguing match-up for the young and hungry team.

But here are three predictions that will also intrigue many fans:

Nerlens Noel will be dealt to the New Orleans Pelicans

Noel wants out and the Sixers have indicated they’ll grant him his wish. Sending Noel to the Pelicans would be an easy move for both teams. The Pelicans need a more agile, mobile center to defend today’s stretch fives and such than Omer Asik (remember when he was the darling of the advanced stats folk?), and Noel is still on his rookie deal. Philly isn’t anywhere near the cap and could take an expiring contract back (is that you, Tyreke Evans?) or a two-way guard like Langston Galloway with no difficulty. Of course, Noel was originally picked by New Orleans in the 2013 Draft, and traded to Philly for Jrue Holiday and a 2014 first-rounder. It was Sam Hinkie’s first big deal in Philly.

The former 76ers’ GM, at once ridiculed and celebrated for “The Process,” will get another shot for two reasons: a) the 76ers will look a lot more promising at the end of this season after a year of Joel Embiid, Dario Saric and Ben Simmons, and b) there are many teams who remain shell-shocked by this past summer’s league-wide spending spree, and want to pump the financial brakes. Enter Hinkie, who is spending the year recharging his batteries in California with his family, and has shown he’s more than willing to exchange short-term pain for long-term gain, and won’t spend money on mediocre free agents just to win a news cycle.

It’s been hard going up to Philly the last four years and seeing Brown, a smart guy and a good coach, take L after L because he didn’t have NBA-caliber talent on his roster. Now, he does. The Sixers will make a big leap in wins — from 10 last season to, probably, more than 30 this season — and many scribes will reward Brown, one of the more honest coaches and great quotes, with their votes. I may well be one of them.