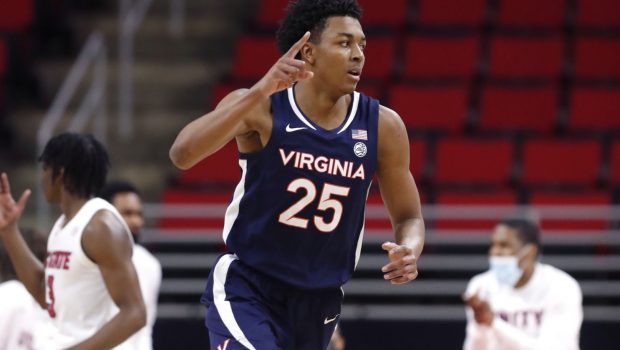 The Sixers are still trying to figure out what happened to cause their early out from the playoffs in the second round.

But they are also preparing for the July 29 NBA draft,

It’s plausible, now, that Murphy goes in the first round. This was unthinkable a year ago and NEARLY unthinkable five months ago.

From Rice to Virginia to the NBA. Fascinating path, all the more so because he wasn’t declared eligible until right at the start of last season.

Murphy was one of only two players to shoot 50/40/90 last season. For the uninitiated, that’s the coveted club of players that make at least 50% of their total field goals, 40% of 3-point attempts and 90% of free throws.

I have to put a top-30 assessment on a player like that, all the more when you factor in his length and perimeter defense proficiency. This is a good draft night story.

Murphy III had a really promising season with the Cavaliers in the ACC. Going from Rice to Virginia is a challenge for anybody with the step up in competition, but he handled it well. He averaged 11.3 points and he shot 43.3% from deep in the one season at Virginia and he would be a nice addition to the Sixers who are in need of another backup big man at the moment.