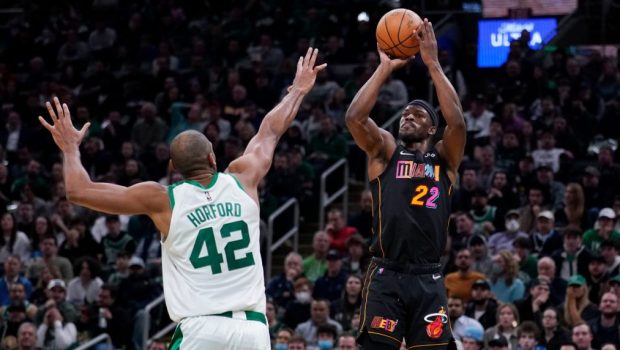 SIXERS SLIDE INTO 3RD IN EAST THANKS TO JIMMY BUTLER!

Wouldn’t it be great if Jimmy Butler were still a Sixer, instead of a member of the Miami Heat, where he took his talents after the 2019 season in Philly?

His 24 points, three rebounds, two dimes and a steal in last night’s 106-98 win over Boston slid the Sixers into 3rd place in the East ahead of the C’s..

The Heat were coming off a win but had lost four in a row prior to that. “I think we got a little comfortable, expecting we were going to win every night,” Butler said of Miami’s slump. “We have lapses at times, but I feel like we have a championship-caliber team. When we are clicking, we are tough to beat.” The Heat trailed for most of the evening, but they outscored the Celtics 27-15 in the fourth which should give them a ton of confidence going forward. Kyle Lowry added 23 points and eight assists for Miami.