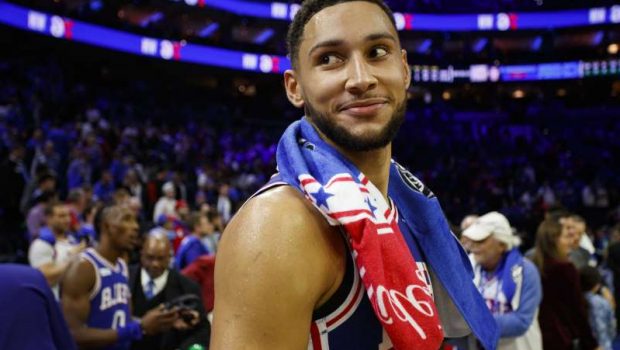 SIXERS SIMMONS WORK ETHIC: ‘HE DOES NOT PUT IN THE TIME TO IMPROVE’ AS A SHOOTER

The Ringer’s Ryen Russillo reports that an NBA scout’s take on Sixers Ben Simmons shooting deficiencies and reluctance to improve stem from his work ethic:

“He does not put in the time to improve.

“Very poor perimeter shooter and like he doesn’t look at the rim,” Russillo reports.

“Total non-three-point shooter. Doc says he’s not concerned but come playoff time he will be. He must improve as a free-throw shooter, especially in the playoffs. Career 60-percent on five attempts per game.

“I know some of what’s going on in Philly the past three seasons. One of his problems is he does not put in the time to improve. Don’t believe the IG or Twitter workouts you see his brother post. It’s all phony. He does not work on his shooting. Everyone can see the mechanical problems, but he is not and probably will not address it.

“He loves LA and spends most of his time there in the offseason. He definitely has some Hollywood in him. If he ever gets serious about improving his shooting and free throws he could be as good as Giannis, but I don’t think he’s wired that way. lots of cool guy with him.

“I would take Jaylen over Ben moving forward the next 8 to 10 years,” Russillo report says. “There is very little separation on difference defensively. Both are excellent in today’s game. Shooting is so important and Jaylen is clearly better and always will be, in my opinion. Both are fantastic open court players, Jaylen also has a more serious workman like approach to improving.”

The scout wasn’t completely negative when giving his thoughts on Simmons, however. Here is the full scouting report, again, according to Russillo.

“Has finishing ability with both hands, will shoot the floater with his right hand very comfortably. He just glides down the court, but is fast as well. In the half court set, lack of shooting is obvious. Defenders can go under, but must square the ball or he is at the rim. He is unselfish by nature, wants to pass first unless he is at the rim. Off the ball he is very good at the dunker for drop off passes.”

Ultimately, the scout seems to like the upside of both Simmons and Brown, but Brown gets the edge because of his offensive versatility and scoring/shooting ability.

“[Simmons] could easily average a triple double and I think he will at some point. The concern with him will be shooting in the playoffs. They’ve done a good job to surround him with shooting and dominant center. Take either of those away and he will struggle to win. I could see him being an All-NBA and one of the best point guard wings for the next 8 to 10 years, much like Jaylen.”

It’s very early into the 2021 NBA season, but so far here’s how Simmons and Brown stack up. 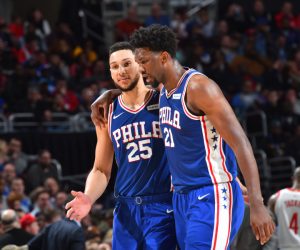