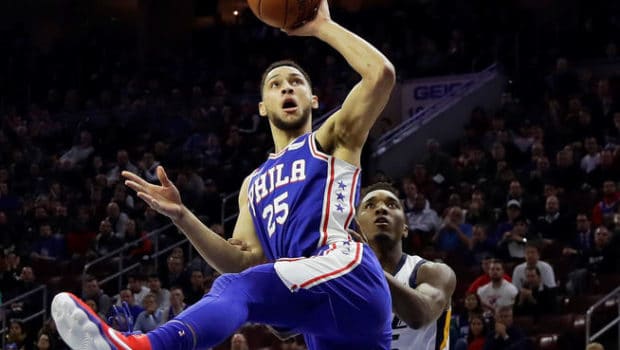 Sixers super rook Ben Simmons will miss tonight’s game against the Orlando Magic with an elbow injury — he has swelling in his left elbow and will be re-evaluated Sunday.

Simmons injured his elbow during the fourth quarter of Wednesday’s game against the Portland Trail Blazers while trying to create space for a field-goal attempt.

Since debuting, the Australian phenom has averaged 18.5 points, 9.1 rebounds and 7.7 assists while shooting 51.3 percent from the field.

Jerryd Bayless and T.J. McConnell should shoulder more of the on-ball playmaking responsibilities.