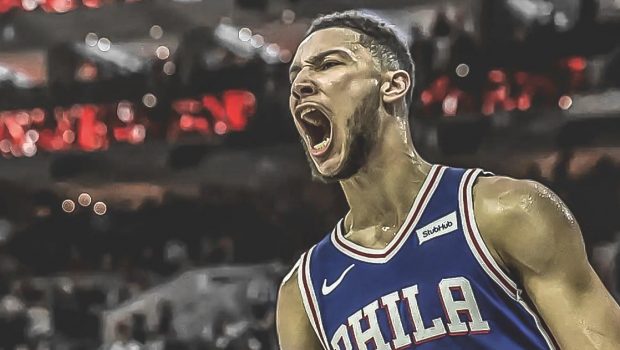 SIXERS SIMMONS OUT AT LEAST 3 MORE WEEKS AS HE REHABS BACK!

The Sixers say All-Star point guard Ben Simmons will be out for at least another three weeks as he continues to recover from a nerve impingement in his lower back.

Simmons continues to receive daily treatment and is gradually increasing the activities in his strength and conditioning program, the Sixers said today.

Simmons has played less than one quarter since the All-Star break and has missed eight of nine games going into tonight’s home matchup against the Detroit Pistons. The Sixers are 4-5 since the break.

He aggravated the injury during a Feb. 22 game against the Milwaukee Bucks while scoring a layup with eight minutes left in the first quarter.

The Sixers have given no timeline for his return, but said that he will be evaluated in three weeks.

Simmons is averaging 16.9 points, 8.3 assists and 7.8 rebounds this season. The Sixers (38-26) are in sixth place in the Eastern Conference