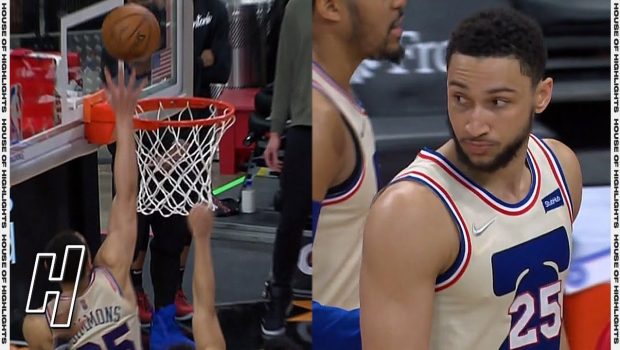 SIXERS SIMMONS (ONLY 5 POINTS) MADE TIP-IN 2 COUNT FOR THE WIN!

The Sixers led by as many as 17 early, but the Spurs fought back to force overtime, thanks largely to winning the fourth quarter, 28-18.

Joel Embiid and Ben Simmons combined for the Sixers’ six overtime points, with Simmons sneaking in for the weakside putback off Embiid’s miss at the buzzer.

“I thought those two charges were the biggest plays of the game,” Doc Rivers said postgame.