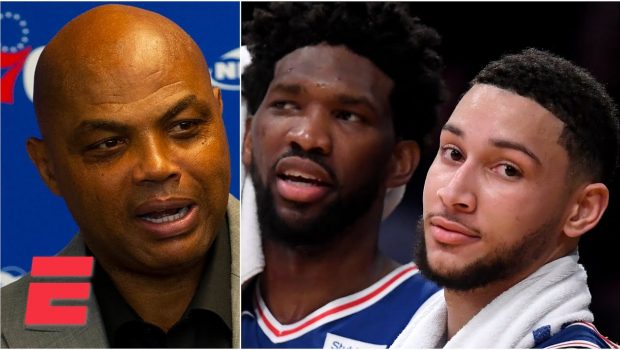 SIXERS BENNY HAD GAME OF HIS LIFE: BARKLEY STILL PISSES ON HIM!

The Sixers Benny Simmons scored 19 points in the first quarter, finished with 42 points, 12 assists, 9 rebounds, and kept his shorthanded team within striking distance until the end of the game.

In other words, the best game of his NBA career.

He appeared on Bill Simmons’ podcast yesterday, and he. pissed all over Simmons:

“BARKLEY: Until he learns how to shoot, he’s going to be an All-Star. He can’t be a superstar until he learns how to shoot the ball. Because the one thing we’re sure of, Bill, the ball always finds the guy who can’t shoot in the playoffs. And he’s a great defender, he’s a hell of a player, but at some point he’s going to have to make a shot. A big shot. And right now he’s so reluctant to shoot the ball

“I think he’s afraid to shoot the ball.

“BARKLEY: Well, that was just lay-ups. Like, if you keep him in that little box, he’s great around the basket.