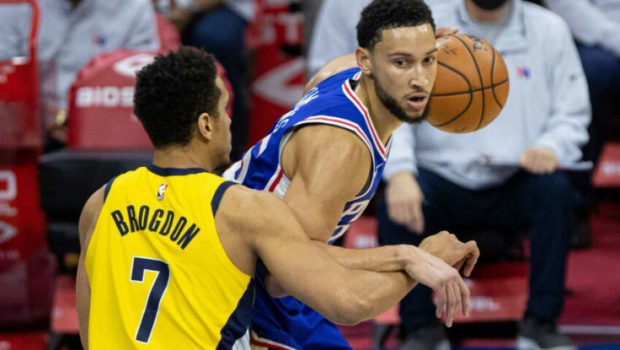 SIXERS SIMMONS FOR BROGDON: WHY WOULD PACERS DO THAT DEAL?

Caris LeVert is probably a better player than Malcolm Brogdon (and a tag younger) but the 28 year old Brogdon had an outstanding season last year.

In addition to Caris LeVert, sources say the #Sixers have also inquired about Malcolm Brodgon – citing his high-level two-way game and capacity to play both guard positions as a plus alongside Joel Embiid. One more note: The #Pacers control all of their draft picks as well.