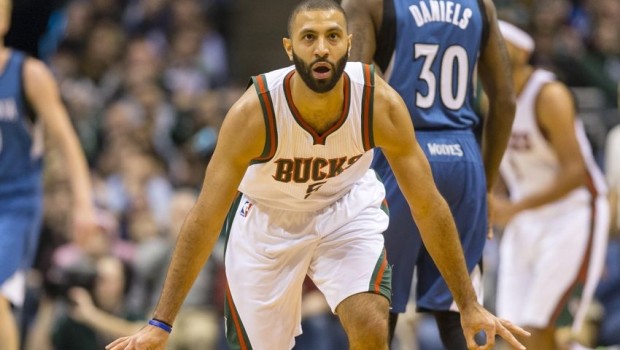 Or at least the second half of the season.

The deal includes a fully guaranteed salary for the 2015-16 season, sources said.

Marshall has been rehabilitating a torn anterior cruciate ligament in Chapel Hill, N.C., over the past few months and worked out last week for the Sixers in Philly. Marshall is expected to return sometime in the first half of the upcoming season, league sources said.

Marshall, 24, tore his ACL on Jan. 15 with the Milwaukee Bucks and underwent surgery in early February, ending what had been a promising start to the season for him. Marshall had become an important part of Milwaukee’s rapid ascent in the Eastern Conference, playing productive minutes behind Brandon Knight at point guard.

In Marshall’s one full season in the NBA with the Los Angeles Lakers in 2013-14, he averaged 30 minutes a game and was second in the NBA to the Clippers’ Chris Paul in assists per game (8.8) and fifth overall in assist-to-turnover ratio.

After the Phoenix Suns selected him with the 13th overall pick in the 2012 NBA draft, Marshall has been traded and waived twice in the league – only to start rebuilding his standing as a capable backup with Milwaukee a year ago.