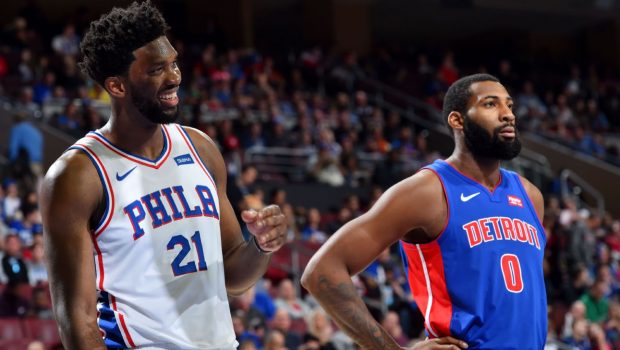 ESPN’s Adrian Wojnarowski is reporting that the Sixers are signing free agent center Andre Drummond to a one-year deal.

I own a lot of real estate in @andredrummondd head and I’m on my way to build more ??? #Bum #TheProcess pic.twitter.com/Mrf2NcNL4r

Drummond averaged 14.9 points and 12.0 rebounds per game in a season split between the Cleveland Cavaliers and Los Angeles Lakers.

When the Lakers acquired Drummond after he cleared waivers once parting ways with the Cavs, the center was supposedly the crown jewel of the buyout market.

Drummond averaged 11.9 points and 10.2 rebounds in 21 regular season games with the Lakers.

Lakers vice president of basketball operations and general manager Rob Pelinka, who represented Drummond back when he was an agent, expressed no regret in signing the big man after the season ended.

“His ability to rebound the ball and protect the rim and give us athleticism and size in the paint was an essential ingredient to add to the team and something that we would do again and again,” Pelinka said.