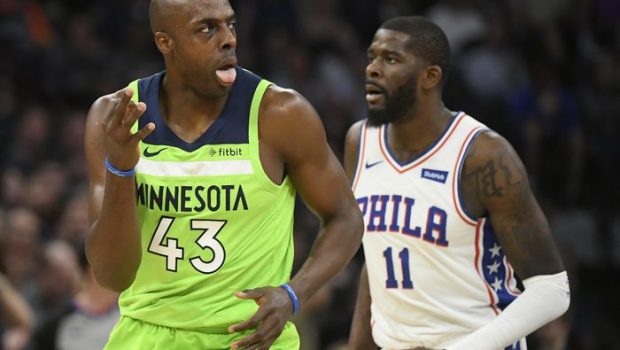 ESPN is reporting that the Sixers are planning to sign veteran 6-8, 240-pound forward Anthony Tolliver to a 10-day contract.

Tolliver, 35, will join the 11th team of his career which began in 2007 after he went undrafted. The Missouri native last appeared with the Grizzlies during the bubble in Orlando last season.

He split the 2019/20 campaign between the Grizzlies, Kings and Blazers, appearing in 55 total games while averaging 3.6 PPG and 2.8 RPG. Tolliver is a career 37.3% shooter from beyond the arc.

While Tolliver will not be relied on to make a major impact, he will be expected to give Philly some quality minutes off the bench.