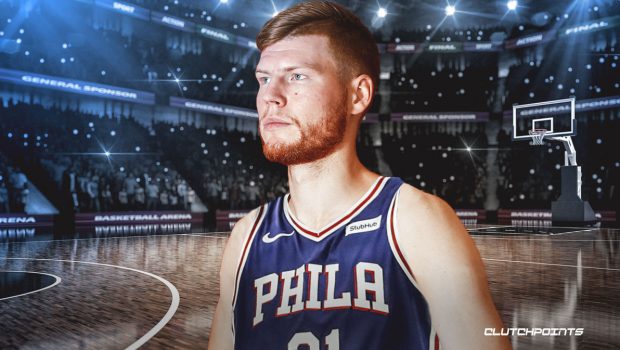 The date for the opening of NBA free agency hasn’t been announced yet, but it will be sometime before the Nov. 18 draft.

And the Sixers should be scrapping together their shekels for the Washington Wizard sniper Davis Bertans.

He’s the definition of “instant offense” in that he’s probably going to shoot the instant he touches the ball, even if he’s 30 feet from the basket. Though he came off the bench, Bertans led the league with 7.4 catch-and-shoot 3-point attempts per game. The 43.1% he shot on those catch-and-shoot 3-pointers ranked 11th among 81 players who attempted at least 200. High release. High volume. High efficiency.

With the biggest payday of his career likely in the balance and the Wizards having little chance of making the playoffs, Bertans opted out of the NBA restart. He’s obviously a good fit alongside John Wall and Bradley Beal in Washington, but every team needs shooting.

According to Second Spectrum tracking, Bertans led the league with 65 3-pointers in the first six seconds of the shot clock, 11 more than any other player.