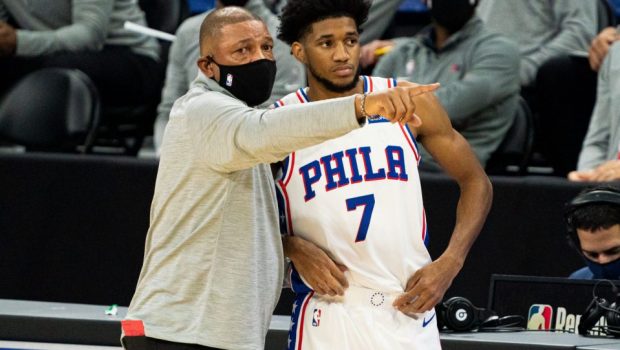 SIXERS SHAKE ‘NOWHERE NEAR’ PLAYING, JOE WILL GET HIS MINUTES!

The Sixers open the regular season Wednesday night in New Orleans against the Pels, and they have some injury issues.

Defensive specialist Matisse Thybulle missed the majority of the preseason due to right shoulder soreness but is close to becoming a full participant in practice.

“Matisse, I want to say made it through (practice) without coming out much other than us pulling him out,” said Rivers. During his post-practice availability, Thybulle mentioned the plan was always for him to return for the season opener.

One player who did not receive a positive update was Shake Milton. He suffered a sprained ankle in practice after stepping on Andre Drummond’s foot and is nowhere near close to making his return to the court.

“I don’t know what his status is, other than I know he’s out. Shake (Milton) is nowhere near playing yet,” added Rivers.

With Milton on the shelf for the foreseeable future, there are now more minutes up for grabs in Rivers’ rotation. Expect Isaiah Joe to get playing time on a nightly basis after an impressive showing in the preseason. It will also put a lot of pressure on Tyrese Maxey, as he is now the only active point guard on the roster.