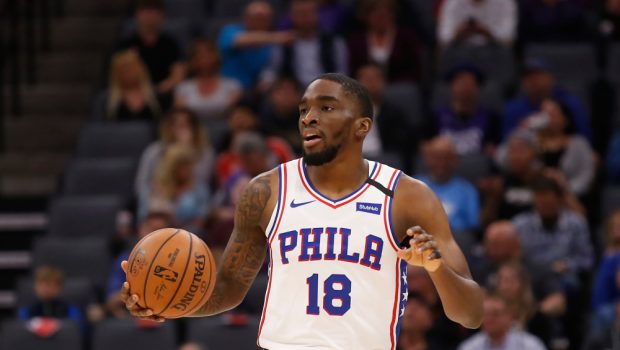 The Sixers Shake Milton had 19 points, 8-for-14 shooting, four rebounds and three assists in 23 minutes off the bench.

He scored 15 of his 19 points in the third quarter, when he took over the game. But even in the first half, he looked calm and collected, looking more like he was picking his spots rather than struggling to get into a rhythm. That came to fruition in his big third quarter. Milton’s diversity of on-ball and off-ball skills is a really good fit for what this team needs, and with each game he finds success, it’s easier and easier to pencil him in as a legitimate part of the Sixers’ long-term rotation.

15 points for Shake in the third quarter ??

Doc Rivers really likes what he has seen from him
pic.twitter.com/6z3sRvPrig

Rook Tyrese Maxey did his damage in the fourth quarter, a portion of a meaningless game it’s sometimes tough to read too much into. Maxey gives the Sixers a quick, elusive guard who can get into the paint off the dribble, which, like Milton, adds a skill set that few others on the team possess. Maxey started off his Sixers preseason career by finding teammate Mike Scott for a pair of jumpers in the first minute of his time on the court, then started looking for his own shot. In fact, Maxey scored six consecutive points for the Sixers on a pair of floaters and a pull-up jumper, showing off his scoring touch.