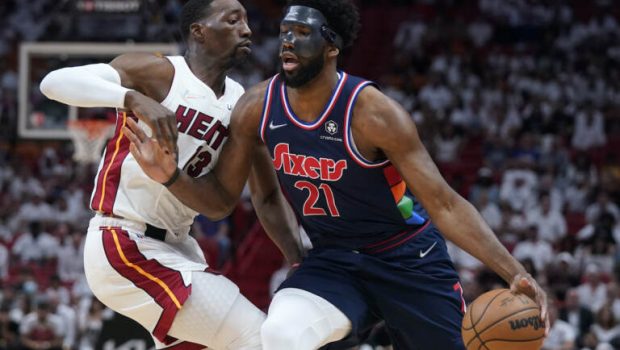 SIXERS SEASON ON THE BRINK AFTER ABYSMAL 35-PT HEAT BEATDOWN!

In a critical game 5 last night in Miami, the Sixers played the worst possible basketball of the season, getting blasted by the Heat 120-85, an amazing 35 beatdown with the season on the line.

How did this happen?

Joel Embiid and James Harden led the abysmal play with 17 and 14 points respectively.

Everyone else followed with sloppy basketball throughout this forgettable game as the series goes in the Heat’s favor 3-2 with Thursday’s game at Wells Fargo Center being a closeout for the Heat, the end of the season for the Sixers if they don’t come with more fight in game 6.

With a win the Sixers can send it back to Miami for a game 7 winner take all. And if not the season is over for the 76ers just like that.