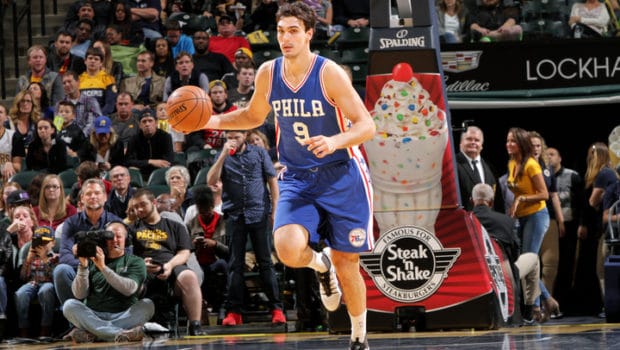 SIXERS’ SARIC SOARING IN ROOKIE OF THE YEAR CONSIDERATION

Dario had 14 points, 12 rebounds and 3 assists last night in Indy.

The Sixers are winless, but that hasn’t detracted from the fact that Dario Saric has already proven that, like Joel Embiid, he has been worth the two-year wait!

He was seventh in the season-opening rookie of the year ranking, shot his way off the list by last week and returned thanks to a strong run (and the rest of the field giving him an opening):21 points followed by 14 points and seven rebounds followed by seven rebounds in 18 minutes in a night limited by four fouls.

The big man who can pass only has 10 total assists, but if he starts putting up numbers in that department and the rebounds continue, it will be more than enough to counter the current shooting problems.