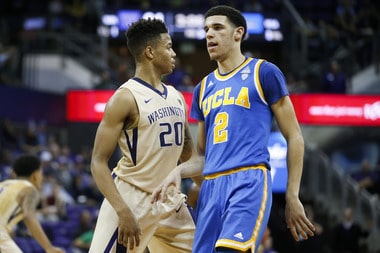 Three guesses why Sixers rookie Markelle Fultz has Nov. 15 circled on his calendar:

It’s the first time the Sixers will play the Lakers — at the Staples Center in L. A.

“In college, Lonzo Ball,” Fultz said when asked who weas the best player he faced in college at Washington.

The praise didn’t stop there as Fultz who is currently signed to Nike said he was in the market for some Big Baller Brand gear.

“I’m tryna get some Big Baller Brand T-shirts, Fultz said. ” Gotta hit him up before we leave.”

Ball dropped 22 points, six rebounds, five assists in UCLA’s 107-66 win over Washington in the one and only time the two faced each other in college.