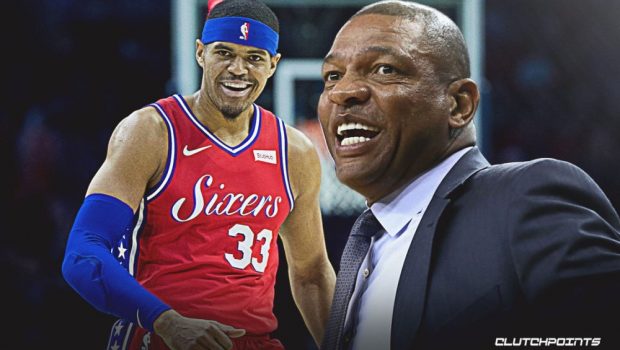 What made the Sixers so appealing new coach Doc Rivers?

Joel Embiid‘s and Ben Simmons‘ talent, the 76ers already establishing themselves as winners and…

Giving him what I heard was a pretty healthy five-year contract that was in line with what he was making with the Clippers, from what I am told, which was 8 million dollars a year.

The Clippers hired Rivers with a reported $10 million annual salary, but that was also to be team president. While just coaching, he signed extensions in 2018 and 2019. Maybe those included pay reductions.

Whether the exact figure is $8 million, $10 million or something in between, Rivers will be one of the NBA’s highest-paid coaches. Depending on the number of guaranteed seasons in that five-year deal, Rivers could rank even higher by total compensation due. (Coaching contracts often contain team options.)

This reflects well on 76ers owner Josh Harris. Rivers is an established good coach who can help advance Philadelphia.

Though the economic downturn causes by coronavirus still looms, this also raises expectations Philadelphia will follow through on its plan to pay the luxury next season. It’s hard to cry poor now.