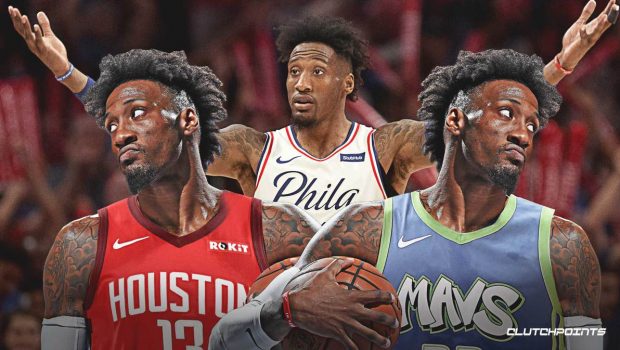 The NBA trade deadline is approaching on Feb. 6, and The Athletic is reporting that the Sixers are considering bringing back fan fave Robert Covington.

The Timberwolves are expected to drive a hard bargain for Covington:

“Rival teams also say the market for forward Robert Covington has been heating up over recent days. Covington has become a coveted player, with his defensive prowess and outside shooting an ideal fit for most teams in the playoff hunt. Houston, Dallas and Philadelphia are among the teams who have expressed interest in Covington, but Minnesota is expected to drive a hard bargain, league sources said.”

The Timberwolves acquired Covington from the Sixers in the Jimmy Butler trade last season. He’s averaging 12.7 points, 5.7 rebounds and 1.2 assists this season in 39 games while shooting 44.1 percent from the field, 35.5 percent from beyond the arc and 79.3 percent from the free-throw line.

The Sixers are looking for more shooters around All-Stars Joel Embiid and Ben Simmons in order to take the next step. Since Covington already has a rapport with the Sixers organization, it makes sense Philly is trying to bring the swingman back.