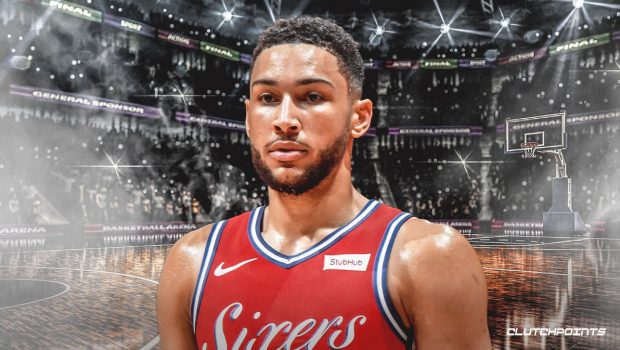 “I can’t give you dates or a timeline,” Simmons told reporters prior to Wednesday’s game against the Pistons, in which Joel Embiid returned from a shoulder injury. “I’m doing well. Rehab has been great. Progressing, staying in there and doing what I can to come back 100 percent.”

The Sixers won that game and then the NBA took a pause because of the coronavirus.

And it may be ironic that Simmons may be helped by the pause.

Simmons, who hasn’t played since Feb. 22 because of a back injury, didn’t rule out the possibility of surgery, when asked if rehabilitation would be enough to solve the problem, or if he would eventually need to have surgery to fix it.

“I mean, I think that’s something down the road if it gets to that,” Simmons said. “But right now I’m doing great. I feel great, and I’m feeling strong.”

But while he said repeatedly he is feeling better, and that he isn’t in any pain, he said he had yet to do any on-court work at all — just a few hours after the Sixers, in updating his status, said there would not be another update until early April.

“It’s just something I’m rehabbing now,” said Simmons, who is averaging 16.7 points, 7.8 rebounds and 8.2 assists this season. “There’s no timeline on it. So whenever I’m back, I’m back. Whenever I’m 100 percent, I’m coming back. I’m not here to just sit out and wait. But when I’m healthy, I’ll be playing.”

Simmons, who was speaking to the media for the first time since suffering the injury, said that how it looked during the game — when he instantly looked in pain, tried to jog up and down the court for a couple of possessions and then checked out and headed to the locker room — is exactly what happened.

“I felt a pinch in my back during the game,” Simmons said. “I tried to continue through it for a little bit and obviously knew it was something that was bothering me too much, and then I went back to the locker room.”