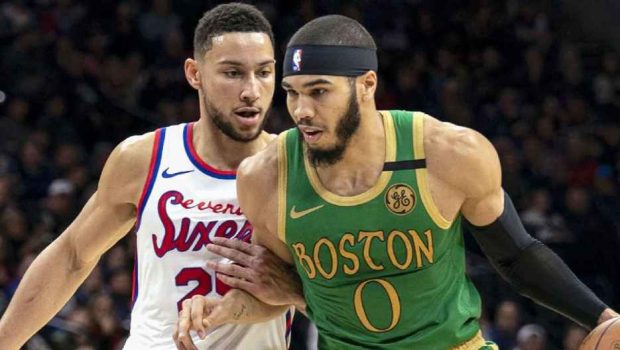 So, the Sixers are gathering at their Camden facility to prepare for the re-start of the 2020 season on August 1 against the Pacers in the Disney bubble.

However, NBA commish Adam Silver is still being cautious about the pandemic:

During an appearance on TIME 100 Talks, Silver was asked if there is any chance the NBA doesn’t go to Orlando, as planned due to the surge in coronavirus cases or if it is full steam ahead to resume play at the end of July.

“Never full steam ahead no matter what,” Silver responded to TIME. “One thing we are learning about this virus is much [is] unpredictable, and we and our players together with their union look at the data on a daily basis. If there were something to change that was outside of the scope of what we are playing for, certainly we would revisit our plans.

“We are testing daily. We haven’t put a precise number on it, but if we were to see a large number of cases and see spread in our community, that would of course be a cause to stop as well.”

“We are going to see as we go,” Silver said. “Certainly if cases are isolated, that’s one thing. A lot of the determination will be our understanding of how our community became infected. That will be part of our judgment in terms of whether we should continue. But certainly if we had a lot of cases, we are going to stop. You cannot run from this virus.

“I am absolutely convinced that it will be safer on this campus than off this campus because there aren’t many situations that I am aware of where there is mass testing of asymptomatic employees,” Silver added of the NBA’s plan to resume play at Walt Disney World Resort. “In some ways, this is maybe a model for how other industries can ultimately open. But I am only going to say we will be responsible and watch what is happening, but the biggest indicator will be if we begin to see a spread in our community.”

Florida’s Department of Health reported more than 6,000 additional cases of the coronavirus yesterday, raising the state’s total past 152,000 cases. On Saturday, the state had its highest single-day total reported at 9,585 cases.

Silver, though, says the NBA’s plan to restart the season in Orlando is designed to protect teams and players from the outside community.

“I’m pretty confident, largely because we are playing on a campus that is confined in that the only way to gain access to that campus is to be part of our protocol where there is regular testing,” Silver said. “And if someone were to leave our campus, they would need to test and quarantine in order to return to play. So at least in terms of the model, we are protected from the rate of cases in the broader community.

“I’ll say of course when we designed this plan, we were not seeing the kind of increases in cases, frankly not just in Florida and Texas but at least of the last few days, the majority of states in the United States are seeing increases in COVID cases,” Silver continued. “… [But] our model was designed for this. Our model was designed to protect us and our players from the cases in the outside community. Maybe at the time we designed it, we didn’t think it would be as necessary as it is now, but at least we are preparing for it.”

Silver was also asked about the NBA continuing to look into ways to allow players to express views and messages to enhance the fight for social justice, racial equality and the Black Lives Matter movement while in Orlando.

The NBA and National Basketball Players Association are planning to paint Black Lives Matter on the courts used at the Walt Disney World Resort, league sources told ESPN’s Zach Lowe and Ramona Shelburne. Silver was asked if the NBA will also allow players to kneel during the national anthem.

“I am not comfortable with the word ‘allow,'” Silver said. “I think we have had a rule on our books that goes back to the early ’80s that precedes even David Stern’s tenure as commissioner that calls for players to stand in a line and attention during the national anthem. I also understand the role of protest, and I think that we’ll deal with that situation when it presents itself.”