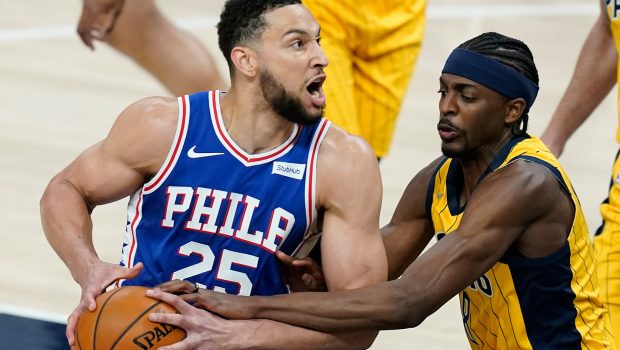 The Sixers open the playoffs tomorrow against the overachieving Wiz, whom they should beat easily.

Ditto for the next round foes, either Hawks or the Knicks.

So, leave it to the Inky’s turd-in-the-punch bowl Marcus Hayes to take the massively contrarian view:

The consensus concerning the 76ers and their playoff prospects goes something like this:

Since they earned the No. 1 seed, the Sixers won’t face the combustible, second-seeded Nets or the well-rounded, third-seeded Bucks until the Eastern Conference finals.

Further, since the NBA playoffs do not re-seed, the Sixers won’t face No. 6 Miami or No. 7 Boston, either.

The Sixers should crush the Wizards, rollover either the Knicks or the Hawks, and cruise to the Finals.

Don’t be so sure.