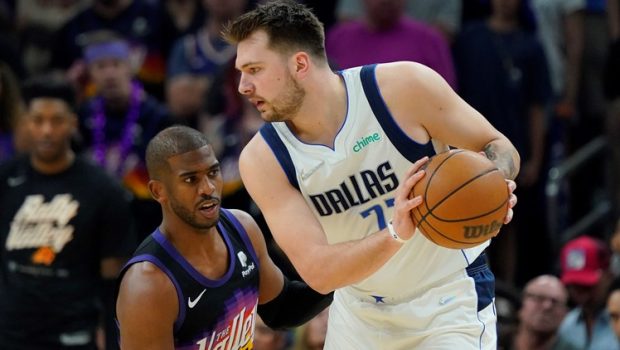 This makes the Sixers collapse in the playoffs look like small potatoes.

Chris Paul scored 10 points on 4-of-8 shooting (1-of-3 3-pointers) and dished out four assists with one rebound, one steal, and four turnovers as the Suns got blown out by the Mavs 123-90 in Game 7.

CP3 just wasn’t himself in this one, and he really hasn’t been since Game 2 of this series, and his age showed itself down the stretch. At 37, there will certainly be questions about whether his best days are behind him at this point in his career.

The Suns also have a decision to make on Deandre Ayton this summer as he will be an unrestricted free agent. Ayton had just five points on 2-of-5 shooting from the floor (1-of-4 free throws) with four rebounds, two assists, and one steal.

Devin Booker scored 11 points on 3-of-14 shooting (0-of-4 3-pointers) with three rebounds, two assists, one steal, and four turnovers in 37 minutes.