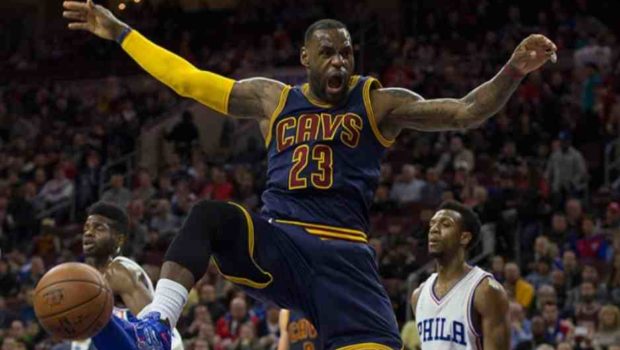 “I was able to have a really good conversation with Brett Brown about some actions we could run next year, it was just a really good conversation, I was sort of overwhelmed by the atmosphere. One of the things I told them in the meeting is I wanted to be around a good group and good people, and that’s sort of what they were preaching to me. It left a good impression on me. … I think ultimately I ended up in the perfect situation.”

J. J. Redick got what he wanted in a one-season deal worth $23 million from the Sixers. Next summer will reinforce that—particularly if Joel Embiid, Markelle Fultz and Ben Simmons stay healthy for most of 2017-18.

Negotiating extensions for Embiid and Robert Covington would crimp the Sixers’ spending power. Ditto for however many first-rounders they end up with in June (max of two). Regardless of how this plays out, though, they can essentially sleepwalk their way to $30-million-per-year offers.

If signing Embiid this fall costs more than his $18.3 million cap hold for July, the Sixers might as well wait. And if they extend Covington for around $12 million annually, they can renounce Nik Stauskas’ $11.4 million hold to offset the difference.

Let Covington’s contract situation leak into the summer, and the Sixers eke out more than $40 million in room by ditching holds for Redick, Stauskas and Amir Johnson. Basically, no matter how you slice it, they’ll be well-positioned to peddle max money to LeBron James.

Is premium flexibility, a possible Big Three-in training and plenty of other assets enough for the Sixers to woo anyone they please, up to and including LeBron James? Simmons’ choice of emoji on Twitter suggests he thinks so. And you know what: He’s not wrong.

Maybe James doesn’t bite. He probably won’t. But someone else probably will—if not next summer, then soon. Very, very soon.