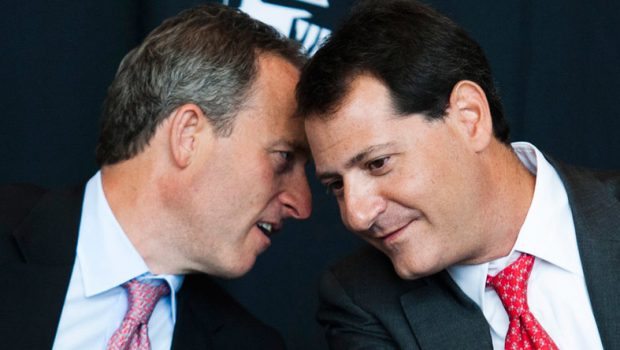 Sixers owners Josh Harris and David Blitzer are angling to cross the pond in a bug way.

Harris Blitzer Sports & Entertainment is mulling its options on a potential bid for Liverpool FC, one of the Premier League’s most storied clubs.

Liverpool is valued at $4.45 billion, per Forbes — the fourth-most-valuable club in soccer.

HBSE and its co-founder Dave Blitzer have made previous investments in soccer.

In 2015, HBSE acquired a minority stake — roughly 18% — in fellow Premier League club Crystal Palace FC. The company would be required to divest the stake to complete a sale for Liverpool.

In January, Blitzer agreed to buy a controlling stake in MLS club Real Salt Lake in a deal that includes MLS NEXT Pro’s Real Monarchs and America First Field.

FSG, which purchased Liverpool in 2010 for $353.4 million, is expected to attract some of the world’s richest sports team owners.

Mukesh Ambani, the owner of the Indian Premier League’s Mumbai Indians, has expressed interest in the club, but could be bidding against Los Angeles Clippers owner Steve Ballmer.